Blenko Glass Company has been a family owned and operated company since 1893. We have been located in Milton, WV since 1921. Exquisite color, skilled craftsmen, and imaginative designs have made Blenko famous in the time-honored craft of hand-blown glass. In a world of ever increasing automation, we at Blenko pride ourselves in paying particular attention to the forms and designs of our handmade ​​products.

We all need, now more than ever, handmade possessions that are unique and inspiring. 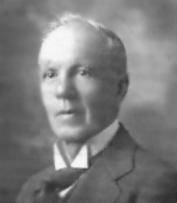 In London on December 8th, 1854 William John Blenko was born to a working class English family. William became interested in glass adornment at an early age, and being encouraged by his mother apprenticed himself to a glass craftsman. He attended school and became a pupil of philosopher John Tyndall. Early in the 1880s he went into business for himself making what is known as rondels (Round Window Panes), while experimenting with other processes of making glass superior to his competitors.
At the age of 38, he came to New York to experiment with the wonder fuel natural gas. Hearing that this fuel was abundant around Kokomo, IN he went there and started up one of Americas first gas-fueled operations.

The year was 1893, he was producing glass but it would not sell. The American window makers would not accept his products, although it was made by Old World methods. There was a natural prejudice against a domestically made glass. The stained glass studios were European and wanted European glass. He encountered a recession and being discouraged by this he decided to return to England and export the same product he was making in Indiana. He came back to Indiana in 1899, and started a trans-Atlantic shuttle that would end in Milton, WV 23 years later.

He chose the little farm town of Milton because the Industrial Development Dept of the Chesapeake & Ohio Railroad sold him on the idea of Milton as a good place to work. It was a dependable source of sober, industrious labor and natural gas, used in all the glass furnaces, was cheaply priced. In the spring of 1921 William arrived in Milton where he soon began unloading the tools of his trade into a small hillside barn. He then went to work building a furnace, with the help of a newly recruited crew of locals. Within a few weeks, handmade glass was being manufactured. 2 years later in 1923 he set up shop at our present location, where we strive to continue this time-honored tradition.

In 1925, William H. Blenko and his wife Marion (daughter of Henry Hunt of Hunt Stained Glass Studios in Pittsburgh, PA) came to Milton to help his father in the day to day operations of the factory. Needing still larger production areas and better shipping facilities, the Blenko works moved to their present location near the main line of the C&O Railroad across the river from Milton.
During the depression era William became aware that there would be a need to expand the product line to more than just stained glass. So in 1929, he secured the services of two Swedish Glass Craftsmen. They trained the Blenko crews to craft beautiful pieces of glass by hand. Production increased and in 1930, the company changed from Eureka to Blenko Glass Company, and so came the tableware line of glass products that have made “Blenko” a household name all over the world.

William John Blenko died in 1933, and William H. Blenko Sr. took over the larger responsibilities of the company. He became the President, and presided over the steady growth Blenko experienced for 30 years. William H. Blenko Sr. died in 1969. Marion Blenko worked seven days a week from 1923 until her death in 1989, as treasurer, secretary and retail sales manager. 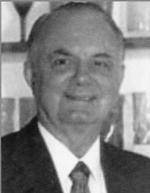 William H. Blenko Jr. was introduced into the trade learning various phases of the operation in the company at an early age. He worked at the plant during summers in his school years and graduated from the Carnegie Institute of Technology in 1942. He received his B.S. degree in Industrial Engineering. During WWII he was a Captain in the U.S. Air Corps. And while stationed in England he met the English girl who was to later become Mrs. Blenko. They later had two sons. After cessation of hostilities Bill was released from active duty in April 1946 and returned to Milton to join Blenko Glass. That association continued until his death, a period just short of 70 years.

William H. Blenko passed away on February 5, 2016. He was involved in every part of operation of the company, becoming President and then Chairman of the Board, a position he held at the time of his death. He was well known in the art glass and stained glass fields and received numerous awards celebrating his contributions to those industries. Bill leaves a legacy at Blenko Glass that will be felt for many years to come. 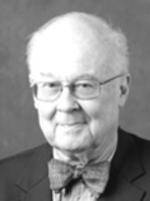 Walter J. Blenko, Jr. was a grandson of the founder of Blenko Glass Company. During World War II he served as a combat infantryman in Europe. After discharge from the Army he entered Carnegie Institute of Technology where he graduated with a degree in Mechanical Engineering; and he then received a law degree from the University of Pittsburgh. After retiring from a career as a practicing lawyer he came with Blenko Glass. Walter Blenko Jr. passed away at his home Sunday morning August 11, 2019. He was our friend, mentor and leader. He will be much missed, having lived a full life of 93 years.

John W. Blenko, MD, is the son of Walter and great grandson of the company's founder, William J. Blenko. John practiced as an anesthesiologist for thirty-three years, primarily doing trauma anesthesiology at the premier trauma center in the world, the R Adams Cowley Shock Trauma Center in Baltimore. After retiring in 2016 and returning to Pittsburgh, he became more involved and was named a Vice President of, Blenko Glass Company. Dr. Blenko represents the fourth generation of his family leading the company and after his father's death in 2019, he became the fifth President of Blenko Glass.
×

Be the first to know about new classes, events, pieces, sales, and more! We'll never spam you or share your email info with anyone.